Young woman asks for compliance with the smoking ban. © strictly looking teenager girl with no smoking sign by iStock/ArminStautBerlin / iStock-Lizenz

Support us in our efforts for women's rights

We show how tobacco control can serve women’s rights.

On the occasion of International Women’s Day, Unfairtobacco is joined by 23 organisations working on public health, sustainable development and tobacco control in publishing its new brochure Women’s Rights and Tobacco Control. The study gathers several authors’ contributions shining a light on the links between tobacco, its cultivation and use, the enforcement of women’s rights and the 17 Sustainable Development Goals (SDGs).

One billion people worldwide use tobacco, and more than eight million people die from it every year, about 1.2 million of them due to exposure to secondhand smoke. More women than men die as a result of passive smoking. Tobacco is the leading preventable cause of premature death from non-communicable diseases and the female body is more sensitive to its adverse health effects. Thus, women’s right to health is violated.

At the same time, more than 17 million people worldwide work in tobacco cultivation, mainly in low- and middle-income countries with low labour standards. But smallholder farmers find it difficult to earn a living from growing tobacco – irreconcilable with SDGs 1 and 2 (End Poverty and Hunger). In addition, labour-intensive tobacco cultivation places a high health burden on women: they are exposed to serious health hazards, often during pregnancy – irreconcilable with SDG 3 (Health for all) and women’s right to health.

The Sustainable Development Goals include the accelerated implementation of the WHO Framework Convention on Tobacco Control (FCTC) while the UN Women’s Rights Convention is at the base of both instruments. It enshrines the right to health and preventive care as well as the right to occupational safety and health.

In all measures to reduce tobacco use and combat exploitation in the tobacco sector, it is important to keep women’s rights fully in mind. Women and girls worldwide have a right to a tobacco-free world where tobacco use has been reduced to meaningless levels and the tobacco industry is highly regulated.

Jurisdictions all over the world are lagging behind in tobacco control. For example: Germany. More than 15 years after the ratification of the FCTC, the country still has no comprehensive tobacco control policy. More than 50 civil society organisations therefore submitted a strategy paper aiming a tobacco-free Germany in 2040. In the concluding chapter, the brochure provides recommendations to governments on how to enforce tobacco control and thereby contribute to the achievement of the SDGs as well as to the enforcement of women’s rights.

The regulation of the tobacco industry is not a voluntary matter of companies, but a duty of governments.

Factsheet Women have a right to a tobacco-free world

Strategy for a tobacco-free Germany 2040 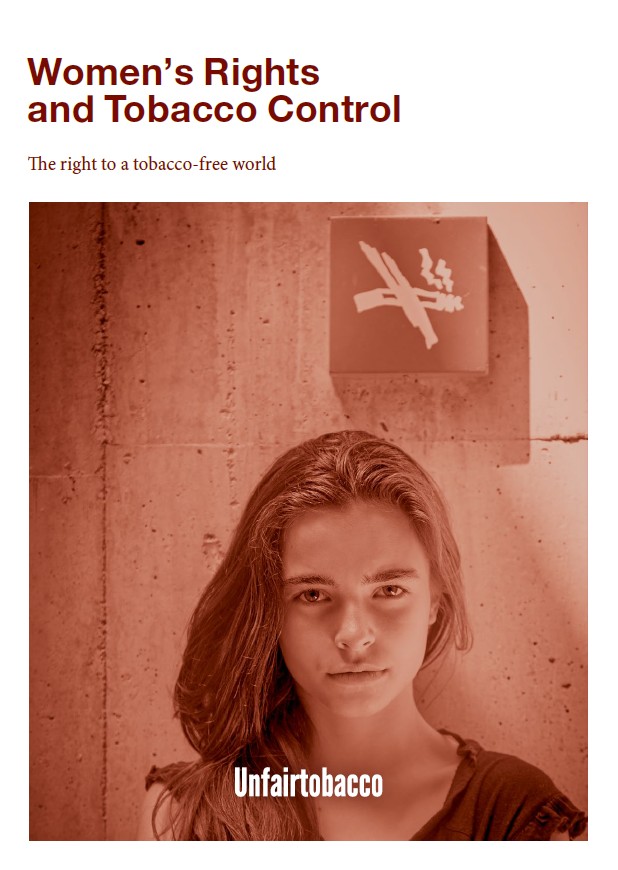 Commit to quit: Women have a Right to a Tobacco-free World

No decent work on tobacco plantations in Bangladesh

World Day for Decent Work: Short films by our partner organisation UBINIG show exploitation of women and children in tobacco cultivation in Bangladesh

Children's rights are violated in tobacco growing as well as by smoking. Read here about thew rights children have and how to create a tobacco-free world.

The brochure provides an overview of how women's rights are violated by tobacco and how their enforcement could be improved in the context of tobacco.

Factsheet Women have a right to a tobacco-free world

This factsheet shows which women's rights are violated by smoking and tobacco cultivation.

The 2021 Index shows the influence of the tobacco industry on political decision-makers in Germany and provides a case study concerning legislation.